When Multiculturalism Fell into the Sea

My Review of The Ever After of Ashwin Rao (Giller nominated novel) is published at Literary Review of Canada, October issue, 2014.

My Interview with Pouyesh on my Conference Presentation at Oslo, Norway

My Interview on Radio Neda 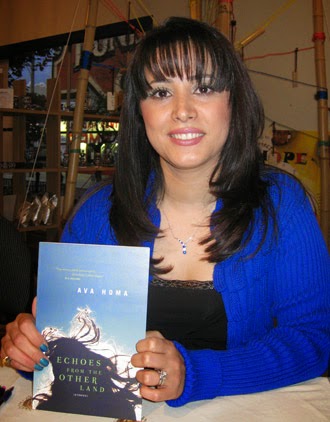 Iran’s President is Not Telling the Truth

-
Unlike his predecessor, Iranian President Hassan Rouhani does not talk of wiping Israel off the map or claim that homosexuality does not exist in the Islamic Republic of Iran.

Yet, what he told the world from the podium of the UN General Assembly last week, and in an interview with CNN during his US stay, was no less shameless and false than the outrageous comments of Mahmoud Ahmadinejad, the man who occupied the Iranian presidency just before.

Since his election in June last year, Iranians and the world have watched Rouhani with cautious optimism. They have been waiting to see if he would change Iran’s position on key issues, including its controversial nuclear program and the treatment of civilians, including journalists.

In the interview with CNN’s Christiane Amanpour – whose father was Iranian – he was asked about his stance on the militant Islamic State (IS).

“Iran has been at the forefront of fighting against terrorism,” he boasted. “We can go all the way back to the beginning years of the revolution. We were facing an extremely vicious and savage form of terrorism inside the country. And we fought against them.”

The “vicious and savage” groups he was referring to were the forces that united in 1979 to overthrow the monarchy, in a revolution for greater democracy.  Yet, these people were immediately and mercilessly suppressed by the new government of clerics who usurped power.

Various communist factions and the Mujahedin-e-Khalq were labelled by the regime as “infidels” or as “corrupt on earth.” Under laws manipulated to quash opposition, large numbers were arrested, jailed or executed.

In those early years of the revolution, the Iranian army also attacked the Kurdish city of Sanandaj and relentlessly bombed the region, until the Iranian Peshmerga forces were forced to retreat to the mountains.

So, which terrorist groups did Iran fight against in those early years of the revolution, and why did the president not clarify this? Is he seeking safety in ambiguity?

Amanpour also asked the cleric-president about imprisoned journalists: “A group of American Iranians, a British Iranian (are) in prison right now. Jason Rezaian, a journalist for The Washington Post, and his wife; Saeed Abedini, who is a Christian; Amir Hekmati, who’s been in jail for a long time; the English Iranian Ghoncheh Ghavami, who's also in jail. Without charge, without anything and we don’t understand why and we would like to know whether you are prepared to deliver a gesture of goodwill to these people, to their families and to the world whom you’re addressing from here at the United Nations.”

After explaining that Iran does not accept dual citizenship, Rouhani went on to boast of fair trials in Iran and then completely denied the fact that Iran has any prisoners of conscience.

“You see, I really don't believe that fact at all,” Rouhani said. “I do not believe that an individual would be detained or put in prison for being a journalist. An individual can be a reporter -- a journalist -- and have committed a crime. But that crime is not necessarily always related to their profession, to the profession that they’re practicing.”

Rouhani uttered these words to a world audience, while Kurdish journalists like Adnan Hassanpur and Muhammad Sediq Kaboudvand have endlessly suffered in Iran’s infamous prisons, for no crime other than being a voice for the country’s struggling seven million Kurds.

Kamal Sharifi, another Kurdish journalist in prison, began a hunger strike in prison on Monday, according to Radio Farda.

Amnesty International, the Committee to Protect Journalists, PEN international and other human rights organizations have repeatedly reported on the number of incarcerated journalists in Iran, which is near the top on the list of nations with the highest number of imprisoned journalists.

Rouhani is telling the truth when he says that these journalists are not charged with “writing and revealing the truth,” rather for their “enmity against God.”  Under such vague charges that can mean anything anyone wants -- in the 21st Century -- a nation whose proud history dates back thousands of years, puts men and women to death.

In another part of the interview, Rouhani was confronted with another of his hypocrisies.

To appear a modern man of the modern world Rouhani is on Twitter. But he is president of a country where all social media are heavily filtered and not readily accessible to citizens.

Rouhani tries to portray a new face of the Iranian government. But his every effort shatters with his every lie.

The article was originally published here: http://rudaw.net/english/opinion/01102014
Posted by Unknown at 11:08 AM 3 comments: