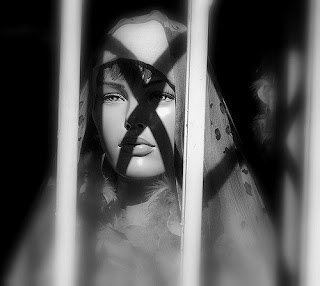 Iran's Minister of Education has been using a list of "disorders" for two years that disqualifies applicants from obtaining a teaching position.
The Ministry that is expected to educate non-discriminatory practices managed to exclude the greater part of the population by offering at once a sexist, ableist, homophobic, and racist discourse. Included in the list are cancer survivors, people who have an “accent,” or smoke cigarettes or shisha.
Though teaching is traditionally considered a “gender-appropriate” job, the new list declares that women who are "infertile, have too much facial hair, cyst on ovaries, womanly disorder, breast, or cervix cancer" will not be hired. The statement avoids mentioning words like mensuration or the Farsi equivalent of the cervix.
But the disqualifying "diseases" are not limited to gynecology-related matters. As usual, for women of non-Persian ethnic groups, the pressure is twice since the Ministry says it will not accept educators with "heavy accents."
By recognizing only one official language, Iran has long annihilated linguistic diversity, damaged the well-being of the non-Persian students, and guaranteed unequal access to education.
Approximately, 50 percent of grade one students in Iran have to learn literacy in a language that is not their mother tongue. Many become adults who speak Farsi with Kurdish, Turkish, Arabic or other accents.
Moreover, Iran, which outright denies the existence of homosexuals (President Ahmadinejad created an international uproar when he said at Columbia University that Iran had no gays), mentions “hermaphrodism” (intersex) as a disqualifying “illness.”
But the list does not end there. In addition to excluding most women, the LGBTQ+, a considerable number of non-Persian speakers, the Ministry of Education goes on to exclude people who are not tall enough.
As such, short people are not to become teachers in Iran. Nor do people who limp visibly.
Poor eyesight, having had bladder surgery, blood pressure, thyroid problems, spine issues, digestive system issues are also among barring conditions.
People suffering from PTSD, speech impediments, epilepsy, depression, bipolar or other psychological disorders are not to teach either. Predictably, graduates who have had a stroke, brain attack or have multiple sclerosis, prostate, or other issues are to be excluded from the Ministry.
Although last week social media backlash made the ministry promise to modify the list, the discriminatory perspective of the Ministry is yet to be upgraded. 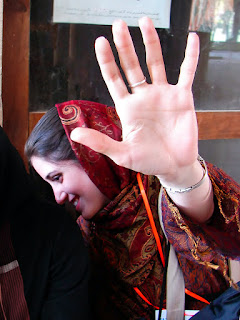 FEMINISTS TREATED AS ENEMIES OF STATE
Despite the vital role that feminists can play in such a society, their voices are ruthlessly suppressed. They are treated as "enemies of the state" and are threatened with imprisonment on national security-related charges, as Amnesty International reported. In fact, the supreme leader called gender equality a “Zionist plot.”
The religious dictatorship in Iran relies heavily on patriarchy to survive and not only because dictators overall are terrified by any form of solidarity and depend on division to survive. When men are watchdogs for women, the government needs to control only half of the society and the other half is an (unwitting) agent reproducing suppression. After all, empowered women are not easily silenced.
The internationally-isolated government also requires the support of religious families who believe a woman’s place is at home. And finally, the success of women movement can inspire other struggles for other social justice movements and has to be harshly punished.
Indeed, if Iranian women of diverse backgrounds were to unite and speak with one voice, they could overthrow the regime.
The political ideology in Iran has justified much discrimination in the past four decades, though the sexist laws go back as far as the 1936 civil code. Since the 1910-era Constitutional Revolution, women in Iran have struggled to achieve gender equality, to no avail.
In the 1930s, women had 14 magazines discussing their rights, and by the 1970s had gained some freedom of education and occupation. But these small achievements were taken away when Ruhollah Khomeini usurped power in Iran in 1979.
Throughout history, Iranian rulers have established control over Iran by subjugating the female body. Reza Shah, the Pahlevi Dynasty’s first Shah, ruled Iran from 1925 to 1941. He forcibly removed the hijab from women in an attempt to westernize the country.
Since 1979, the Islamic Republic has forced the hijab back onto women in order to Islamicize the country. At the micro-level, individual males in Iran have also exerted control over women’s bodies to prove their authority.
Women suffer gross injustice in areas related to marriage, divorce, and child custody. They are legally unable to work or leave the country without their husband’s permission. A woman cannot marry without her father or a male guardian’s authorization. There is little to no protection for women and girls against sexual harassments, and domestic and external violence. Early and forced marriage, as well as marital rape, is still common in the country.
After a century-old movement, women are still officially considered subhuman in the eyes of the Iranian state, and their situation seems too bleak. A glimmer of hope, however, lives within the fringe, counter cultural movements burgeoning under the skin of the country, from Kurdistan to Tehran.
Posted by Unknown at 11:23 AM 1 comment: Links to this post