This is the summary of an interesting article I read: "Culture and Social Support" by H.S. Kim, D.K. Sherman and S.E. Taylor.

Culture and Social Support
Seeking social support is physically and mentally helpful during the stressful life events. However, individualistic and collective cultures determine the degree and type of support people seek. Asians and Asian Americans believe that asking for support means burdening their social networks and is, therefore, unacceptable. European Americans, on the other hand, freely seek support. Asian Immigrants are more reluctant to ask for help than American Asians but both groups share a cultural heritage that prevents them from seeking support.

Q: What do you think might be the causes of this reluctance Among Asian-Americans to see support?
Three possible reasons were offered for this difference: 1. Asians believe unsolicited helps exists and other will take care of them so they won’t have to ask. 2. They want to be independent and not stress others. 3. They are afraid they will lose face and receive criticism.
Correlational Evidence proved that being weary of social stigma is the real reason.
Experimental Evidence For Relationship Concerns revealed that Asian Americans only ask help from the close other when s/he is not too occupied. The European Americans ask for help regardless the extent to which their close person is busy.
Explicit vs. Implicit social support: The authors emphasize that just because Asians do not explicitly ask for help, it does not mean they don’t do so implicitly. Asians may not disclose or discuss their problems but they may use indirect coping strategies such as reminding oneself that they have a supportive network or simply being in the company of caring people.
Q: If you are a European American and your Asian friend is going through a career- related stress, how would you offer support?
The Effectiveness of Explicit vs. Implicit Social Support
Culturally inappropriate forms of support (i.e. explicit for Asian Americans and implicit for European Americans) may indeed cause stress. If you openly discuss the problem with an Asian friend not only you are not helping, you can actually stress them.
When and if Asians articulate their problems, it gives them feelings of shame and regret later. In modern, multicultural societies forms if offering and providing social support should be highly considerate otherwise a mismatch would be created. The support should match the need.
Consequently, misunderstandings might happen. For example if your Korean friends calls but does not mention the problem, the call might be interpreted as “disingenuous.” Also, if you call your Korean friend and discuss the problem, you might be understood as selfish.

Q: What are some of the implications of this study for Mental Health Services? 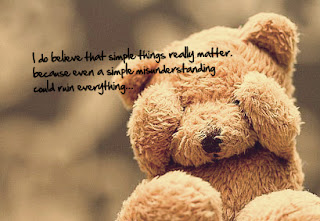 In general ethnic minorities have worse treatment outcomes and higher drop out rates but not all the reasons are due to cultural differences. It might be because of a mistrust of mainstream American society.
Recognition of Divergent Cultural Approaches
Cultural and psychological diversity would determine how individuals relate and interact in their social relationship but cultural differences might lead to misunderstanding. When people see a behaviour from another cultural group that does not match their norms, they often unjustly interpret the difference as maladaptive.

Posted by Unknown at 11:01 AM 3 comments: Links to this post