‘Echo Gods and Silent Mountains’ by Patrick Woodcock – a review


‘Echo Gods and Silent Mountains’ by Patrick Woodcock – a review

By Ava Homa:
Rather than standing at a distance and putting Kurds under a Western microscope, Woodcock becomes a Kurd when he writes, as if he has lost loved ones in genocides too, as if his hometown, school and hospital have been smashed too, as if he has unearthed the ground and has tried to identified the long-“disappeared” family and relatives too. “For as long as our city sits/on oil/we will sit in blood,” (p. 21).
Deciding on the genre of poetry, rather than non-fiction, while writing about a nation the rest of the world is repellently ignorant about, is a rare and brave decision of a writer who does not exchange his art with sales and book buzzes, and does not wish to discourage the reader from visiting Kurdistan. In a conversation with CBC, Woodcock explains his decision on the genre that, “Poetry allows you to explore the broad canvas of the page and manipulate space, language and rhythm. It lets you capture a moment that would be lost of lesser eyes while letting its beauty come forth in a way that non-fiction is incapable of.”
Woodcock is not “only curious;” beyond and regardless of language, cultural, and gender chasm, Woodcock empathizes with the Kurds. That’s why when, in his poetry, Mariama says, “They want to ride you like a mule, have you carry the weight of their cowardice. Nareen, we are only seen through our organs …” (23), we believe the voice. “Time is male. Time broke me. I wanted to sue my parents in the graveyard. They taught me love, forgiveness, purity. How does that help in corrupt times?” (25-6). Woodcock does not jump between the reader and the character. We hear Mariama.

Patrick Woodcock
Woodcock pinpoints and portrays humanity, purity and sacrifice, in the midst of debris, chaos and corruption. While he is aware that, “The rapists are now hotel owners and company Presidents. Hair that was once shaved off is now dyed,” (27) Patrick zooms on Mama Najat who, in his teahouse, shelters and tends to “those labelled ‘crazy,’” but  Najat “barely has enough money to care for his twelve children.” Mama Najat bathes these men, pays for their medication, and is worried that they get teased and hurt. “People call them crazy, but they are not. Saddam’s fucking regime made them like this. Some of these men were educated and had families,” (44) Woodcock, or rather Mama Najat, says. “I have one man who gets very angry when his food is late./He throws things. Once he even hurt me, but I cannot blame him./Sometimes Hadi sits and yodels, or sings words from old songs …I cry …/I like it when he sings. He has a lovely voice,” (45). Mama Najat points out that foreigners come by, take photos but leave and forget. He receives no support.
Woodcock is not the Westerner whose country manufactured the weapons that Saddam used to bomb the Kurds over and over again. “In the construction of your communities,” Woodcock writes, “think of us/ your roads are not ours/ your parks and cars as well/But we are yours,” (40). “They have stolen from us, without veils or blindfold,” Woodcock has no qualm to condemn the thieves.
Patrick Woodcock, borrows the voice of the Kurds, does not distance himself, does not judge, does not analyze. “When my brother was born, I recorded his date. June 14th is not July 1st.” His poetry is powerful, beautiful, complicated, deep, and inundated with Kurdish references.
Echoes Gods and Other Mountains, in this reader’s opinion, is the best book ever written on Kurds: unique in both form and content. The book is a proof of Woodcock’s exceptional ability to commiserate with a nation invisible to the rest of the world; he becomes a Kurd, feels the plight, and carries the weight of a century of massacre, of endless pain. Woodcock is a genuine voice.
Coming across writers like Patrick Woodcock who writes for the love of it, regardless of what sells, is heartening. I have come across writers who publish on Kurds without having read enough about the Kurds or have lived in Kurdistan for more than a week. Woodcock spent two years in the heat and dust of Kurdistan, mingled with the Kurds and listened to their stories without trying to make decisions for them.
“Among history’s elaborate/labyrinths of hate/ can purity/perdure/copulate?” Patrick Woodcock.

Posted by Unknown at 8:13 PM No comments: Links to this post 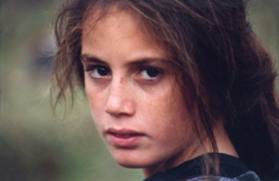 the United States provided $500-million in agricultural and manufacturing credits to Iraq as that country was destroying thousands of Kurdish villages and gassing Kurds. "A Problem From Hell: America and the Age of Genocide," a documentary by Samantha Power.

"After Vietnam had ousted Cambodia's Pol Pot regime, the United States, in an effort to deny Vietnam influence in that country, took the lead in the United Nations in recognizing the genocidal Khmer Rouge as the legitimate government of Cambodia. The United States also led the arms embargo against the Bosnian Muslims, even though it was clear that doing so would prevent them from defending themselves. And it did everything in its power to remove U.N. peacekeepers from Rwanda and prevent their return.Some 800,000 persons died as a result; the violence also spilled over into neighboring countries, setting off local and regional wars. Other examples pile up."

"During the 1980s and 1990s, the United States supplied Turkey with $15 billion worth of armaments as the Turkish military carried out widespread attacks against civilian populations in the largest use of American weapons by non-U.S. forces since Israel's 1982 invasion of Lebanon. Most of this took place during President Clinton's first term. Over 3,000 Kurdish villages were destroyed and over two million Kurds became refugees in an operation where more than three-quarters of the weapons were of U.S. origin.

The Beginnings
At the 1919 Versailles Conference, in which the victorious allies of World War I were carving up the remnants of the Ottoman Empire, President Woodrow Wilson unsuccessfully pushed for the establishment of an independent Kurdistan. Since that time, however, U.S. policy toward the Kurds has been far less supportive and often cynically opportunistic.
For example, in the mid-1970s, in conjunction with the dictatorial Shah of Iran, the United States goaded Iraqi Kurds into launching an armed uprising against the then left-leaning Iraqi government with the promise of continued military support. However, the United States abandoned them precipitously as part of an agreement with the Baghdad regime for a territorial compromise favorable to Iran regarding the Shatt al-Arab waterway. Suddenly without supply lines to obtain the necessary equipment to defend themselves, the Iraqi army marched into Kurdish areas and thousands were slaughtered. Then-Secretary of State Henry Kissinger dismissed concerns about the humanitarian consequences of this betrayal by saying that "Covert action should not be confused with missionary work."
The 1980s
The uprising by Iraqi Kurds against the central government in Baghdad resumed in the 1980s during the Iran-Iraq War, led by guerrillas of the Kurdish Democratic Party (KDP) and the Patriotic Union of Kurdistan (PUK.) Strong Iranian support for the PUK made virtually all Kurds potential traitors in the eyes of Saddam Hussein's regime, which responded with savage repression. In the latter part of the decade, in what became known as the Anfal campaign, as many as 4,000 Kurdish villages were destroyed, more than 100,000 Kurdish civilians were killed and more than one million Iraqi Kurds--nearly one-quarter of the Iraqi Kurdish population--were displaced.
Despite this, the United States increased its support for Saddam Hussein's regime during this period, providing agricultural subsidies and other economic aid as well as limited military assistance. American officials looked the other way as much of these funds were laundered by purchasing military equipment despite widespread knowledge that it was being deployed as part of Baghdad's genocidal war against the Kurds. The United States also sent an untold amount of indirect aid--largely through Kuwait and other Arab countries--which enabled Iraq to receive weapons and technology to increase its war-making capacity.
The March 1988 Iraqi attacks on the Kurdish town of Halabja--where Iraq government forces massacred upwards to 5,000 civilians by gassing them with chemical weapons--was downplayed by the Reagan administration, even to the point of leaking phony intelligence claiming that Iran, then the preferred American enemy, was actually responsible. The Halabja tragedy was not an isolated incident, as U.S. officials were well aware at the time. UN reports in 1986 and 1987 documented Iraq's use of chemical weapons, which were confirmed both by investigations from the CIA and from U.S. embassy staff who visited Iraqi Kurdish refugees in Turkey. However, not only was the United States not particularly concerned about the ongoing repression and the use of chemical weapons, the United States actually was supporting the Iraqi government's procurement efforts of materials necessary for the development of such an arsenal.

The suffering of the Kurdish people under Saddam's rule was shamelessly used as an excuse, but should under no circumstances be considered an actual motivation, for the American conquest.

The 1991 Kurdish Uprising
At the end of the Gulf War in 1991, the Kurds launched a major popular rebellion against Saddam Hussein's regime. With the Iraqi army already devastated from six weeks of massive assaults by the United States and allied forces and then forced to fight a simultaneous Shiite-led rebellion in southern Iraq, the Kurds initially made major advances, seizing a series of key towns. These gains were soon reversed by a brutal counter-attack by Iraqi government forces, however. Despite President George Bush calling on the people of Iraq to rise up against the dictatorship, U.S. forces--which at that time temporarily occupied a large strip of southern Iraq--did nothing to support the post-war rebellion and stood by while thousands of Iraqi Kurds, Shiites, and others were slaughtered.
In the cease-fire agreement following the expulsion of Iraqi occupation forces from Kuwait, the United States made a conscious decision to exclude Iraqi helicopter gunships from the ban on Iraqi military air traffic. These were the very weapons that proved so decisive in crushing the rebellions.
U.S. officials have claimed that they were tricked into thinking that Iraqi military helicopters would be used only for post-war humanitarian relief. Others suspect, however, that the Bush administration feared a victory by Iraqi Kurds might encourage the ongoing Kurdish uprising in Turkey, a NATO ally.
By the end of March 1991, as many one million Kurds had fled their homes to escape advancing Iraqi government forces. Most were able to flee to safety in Iran, but the U.S.-backed Turkish regime--while allowing some to seek temporary refuge--blocked more than 100,000 Kurds from entering their country, thereby trapping them in snowy mountains in violation of their obligations under international humanitarian law to allow the fleeing civilians sanctuary. Without food, water, or shelter, as many as 1,000 refugees reportedly died each day.

, far more Kurds were killed by U.S. air strikes than by Saddam Hussein's regime.
during the 1990s, the United States--while condemning the PKK--was largely silent regarding the Turkish government's repression.
Zunes, Stephen. "The United States and the Kurds: a brief history." Foreign Policy in Focus 25 Oct. 2007. Academic OneFile. Web. 16 Sep. 2012.

Posted by Unknown at 8:24 PM No comments: Links to this post