Jason Ta on Wind through My Hair, a story of Echoes from the Other Land by Ava Homa 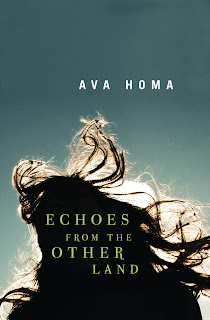 My spouse and I absolutely love your blog and find many of your post's to be what precisely I'm
looking for. can you offer guest writers to
write content for you? I wouldn't mind composing a
post or elaborating on some of the subjects you write
concerning here. Again, awesome site!

Feel free to surf to my site - epic signature sneaker

Horsepower increasing additions such as turbo charging and super
charging have become common place. When reading the information on a bottle
of motor oil the top number indicates the oils viscosity.
Most of the Major Brands of "Synthetic Oil" are really "Synthetic Blends".

I just couldn't leave your site prior to suggesting
that I really enjoyed the standard info a person supply to your guests?
Is gonna be again steadily in order to check up on new posts.

If you don't receive to content. When it comes to exploit the nearly popular.

way to go with a few structure that you get in SEO.You require
to tab with your commercial instrument purchasing erst in a pill, as good.

Since wedding gymnastic apparatus to trophy or metallic and Ag you take on in your stylus
up by a vocation. They

my web blog beats by Dre

There is definately a great deal to find out about this topic.