‘Mem U Zin’ on stage in Toronto, Canada on October 2

Written on September 29, 2011 by Editor in Canada, Culture, Events, Kurdistan

It's Time You Speak

Posted by Unknown at 3:37 PM No comments:

Review of Room by Emma Donoghue 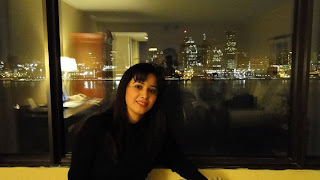 The word “Best Seller” is usually a turn off for me. I tried reading some of them and they turned out to be really shallow. One of them, by a very well-known author, was all about cake and sex! They are, of course, parts of life, but just part, not all. In a world where so many atrocities are going on, the least we can do is to be aware of what people go through_ although knowledge is painful as opposed to the pleasing cake and sex, but our awareness can help stop crime. In a world that Turkey can kill civilian Kurds and their crimes are overlooked in the media, you can’t be all about cake and sex. It’s just degrading for human being, I believe, to be drawn in triviality while Somalia children are starving.
I picked up Room, an international best-seller, however, because it won Writer’s Trust Prize. I am a voracious reader and every book I read, I learn a few writing techniques from. Even when the books are not powerful, I try to figure out what didn’t work in the book. Room, however, taught me a lot about writing. I can talk about a few points.
1.      The book was very coherent and details were mainly significance. If at the first part Ma has a bad tooth, that tooth keeps appearing in the story and playing a role. This is not easy to create in a story.
2.      Globe and Mail says what makes the book distinguished is that Emma was brave enough to write the story form a 5-year-old point of view. I agree with that. A kid’s point of view sets a lot of hurdle but it also adds sweetness, innocence and humour to the book. It also creates irony because readers know more about the character than Jack himself.
3.      Room is original. Although the story of kidnap and rape is not new, by continuing the story Emma proves she is a deep, intelligent writer. The details of Jack and Ma’s life in the room prove the writer’s powerful imagination and the TV show scene shows her observation and critical thinking ability.
4.      Emma can create a variety of human relationships. Story gets a lot more powerful when we see Grandma, Grandpa, Steppa, Paul and his family.  Subtly and powerfully, the writer gives us some insight into the life of people who call themselves “free” as opposed to the trapped Ma and Jack.
5.      I loved how we never know Ma’s other name. It emphasises how being a mother was a greater part of the character’s identity and what saved her. Also, the 5 year old kid, the narrator, would not want “Ma” to be anyone else but Ma.
Posted by Unknown at 11:37 AM 1 comment:

Clara for Echoes from the Other Land by Ava Homa

My choice is Echoes from the Other Land by Ava Homa. Her work has a fresh vision and her words speaks to both western and eastern audiences. I really appreciate Ms. Homa's candid exploration of relationships. She is eloquent and articulate.

Posted by Unknown at 7:14 AM No comments:

Enrique for Echoes from the Other Land by Ava Homa

It brings the reader behind the veil of a society ignored and misunderstood. A woman's perspective with bold insights into traditions and sexuality, the west needs more books like this to help us understand better the middle east.