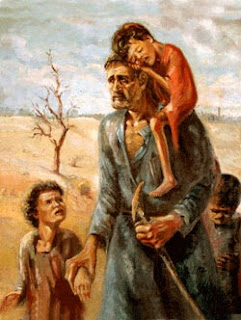 Letter to Canada: How can any human being ever undervalue freedom?

A Letter from a Kurdish Writer-in-Exile to Canada

“The penalty good people pay for not being interested in politics is to be governed by people worse than themselves.” Plato
Why vote? Why take time out of one’s busy schedule to study the candidates, make decisions and leave the comfort of home on a cold day to vote? Listen to my story. See if it helps find the answers.
I am in exile, 12 thousand kilometres away from my family and friends, from people whom I deeply love and miss, with little hope of ever being able to visit them. My name is Ava Homa and I have published a collection of short fiction called Echoes from the Other Land. The Other Land is where people are routinely denied many of the rights you in Canada enjoy.
I am Kurdish but I was never taught to read or write in my mother-tongue. In my country, ethnic identities are suppressed and the punishment for protestors like my father is intimidation, violence or execution.
When my father was magically released from prison, nobody could bear to look at the scars on his back, neck and head. But the wounds, bruises and blisters were nothing compared to what the government had done to him psychologically. Up to the very moment that I am reading this letter, my father carries around the invisible injuries of torture. We’re not the only family suffering persecution. Talk to any Kurd and they’ll have at least one family member or a loved one who has been executed by the Islamic Republic of Iran.
My Canadian friend, you are free to openly criticize your government. This is something people in many countries in the world, not just Iran, can only dream about. We have spent centuries fighting, dying to get where you are today and it makes me sad when I see that some Canadians are reluctant to participate in the elections.
In the Other Land, an election is only a game. In 2009, however, millions of Iranians voted for mainly one thing: to get rid of Ahmadinejad. The few other candidates also had a lot in common with the government so we had to choose between bad and worse. Nonetheless, we did vote, because we were fed up with cannibals governing us and constantly damaging our country’s international reputation. In July 2009, many Iranian-Canadians took a Friday off and travelled to Ottawa to vote in the Iranian embassy. When our votes were shamelessly stolen, the protestors in Iran took to the streets in millions, asking one peaceful question: “Where is my vote?”
To respond to our question, the Islamic government shut down city lights, blocked the Internet, brought down mobile networks, and issued a curfew. They did not hesitate to shoot at peaceful protesters, or to use illegal force against the demonstrators, such as running them over with cars. Thousands of protesters were detained and tortured; hundreds were executed or placed on death row. Many who did manage to return home were depressed or suicidal, filled with shame and guilt for having been raped. 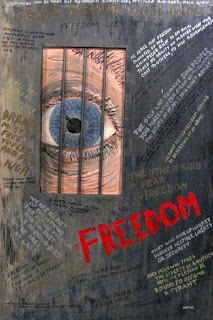 My friends, you can participate in genuine elections and see the results. Do you understand what that means? You have the power to change and strengthen your government. We are dying in thousands to gain a small portion of that power. To me, refusing to participate in the future of one’s nation is a betrayal of freedom. How can any human being ever undervalue freedom?
Posted by Unknown at 6:08 PM No comments: Links to this post