Free Excerpt of Echoes from the Other Land by Ava Homa 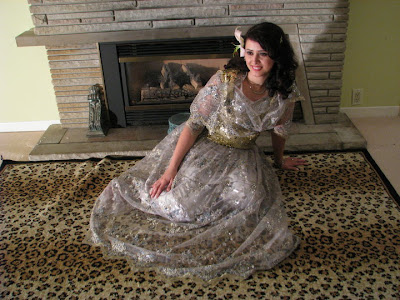 A River of Milk and Honey

“Every relative is willing to donate something, as much as they can.” I recognize Ronak’s voice, my aunt.

“I know, but it’s a high-risk surgery. What can I say? How can I make a decision like that for her?” That voice is Mom speaking.

“What’ve I done to deserve this?” Mom asks. “For which sin?”

Same old questions. I lean my head against the hallway wall. Which sin? Whose sin? Who pays for whose sin? Sometimes I wonder if God hates all the people in this city, all the people who live on the border of Iran and Iraq. My father says Sanandaj is a city of revolution and mass murder, tyranny and genocide. I was in my mother’s womb when the war broke out and eight when it was finally over. I do not know what sin these peoples committed to deserve such horror but I know that God does not ever answer my prayers. Maybe He will in the afterworld.

Pushing the door open quietly, I tilt my head so as to peek into the living room. The two women are sitting on the handmade carpet, leaning against the new Kurdish cushions. Ronak takes a sip of her tea and notices me in the crack of the door. “Sharmin is a sweetheart,” she says, raising her voice.

Mom’s white headscarf that she wears during prayer has slid onto her shoulders and her salt-and-pepper hair is messy. “Her situation wouldn’t run me down, if she was, at least, a boy,” Mom says. Placing a hand on her hip, she winces.

Mom coughs and pulls the scarf over her head. I hobble over and sit next to Ronak, and hide my head behind her shoulders, twisting my fingers into the hem of my blue shirt.

From her purse, Ronak takes out a book with a red cover. “Because you finished reading the last book,” she turns her head to me, smiling. “You deserve a new one.”

Good Stories for Good Kids2. On the cover there is a sketch of a young girl in a headscarf, across from a boy. I grab the book and limp hurriedly towards my room.

“Would you like to eat now? Your dad won’t be in tonight,” Mom calls after me.

“Not hungry,” I say over my shoulder, close the door and throw myself onto the bed. I open the book and position its corners on my ears.

Weekend. My uncle’s family will visit us and I pray that Azad will be with them. Mom says he is a man now and does not go out with his parents. When I am on the rooftop waiting for the days to end, I often see Azad in the neighbourhood with his friends. I do not call out and he does not look up. I have a feeling that Azad will come over today, if it’s God’s will. Please, God!

Afternoon. The shampoo slowly slips to the corner of my mouth. The bitter taste. I close my eyes. It’s not hard to imagine myself emerging from the River of Milk and Honey: luminous wings open. Azad passes by and stares. Gathering my wings behind me, I walk elegantly in a white dress towards a garden of red roses, pretending not to see him. A breeze blows through my hair. When I get to the garden, I turn and beckon to him; he has a look of adoration in his eyes. He runs to me. We walk together through the garden, hand in hand.

I begin shivering. The water always gets cold fast—to wake me from dreams, I think. No, “to save gas,” says Dad.

My underdress and puffy pants are silver. I pull on the Kurdish dress, bright red with embroidery, which Ronak gave me last year. She bought it for me in Iraq—the only dress I have that Mom hasn’t tailored. I choose to wear my short-sleeved, silver vest, which I have decorated with white sequins and glass beads tying the long tails of the sleeves behind my neck. The loose fit hides my noticeable breasts. I loop a belt around my waist and rummage through the dresser for a red headscarf and come across a vest of Mom’s that’s ornamented with sparkly charms, traditional amber, red and black beads, and gold jewelry received as dowry. In the last drawer, I find her belt, made entirely of connected and dangling gold lira coins. I have never seen my mother wear the vest or the belt. Mom and my aunts always wear dark-coloured, plain Kurdish dresses, with long-sleeved vests, and with little or no accessories. I, too, do not like to make God angry by showing off. And though I hate covering my thick and wavy hair, nobody should pay for my sins.

I am trying on the headscarf when Mom appears between me and the mirror. She frowns at the messy knot I have made of the scarf and lifts a black scarf from the drawer: “This black one will make your face look smaller.”

I examine her frowning face and then my own face in the mirror. It’s nothing like a monster’s. I am loveable.

“I hate black.” I move towards the door.

She drapes her arm around my neck and whispers in my ear: “Darling, everything will be fine after the surgery. I mean if your irresponsible father ever cares for his family.”

Driving his truck between Iran and Iraq, Dad is never home but he is not irresponsible. He is kind and never talks about surgery. She pats my head. Turning my head, I search her eyes for something I cannot find. I push her hand away, and shuffle away as fast as I can up the flight of stairs to the rooftop.

I sit in my corner, in my chair. There is a blanket folded over the back, which I wrap around my body and over my head. Here, under the blanket, I see again men with thick glasses and green attires cutting my chin, like in the nightmares I have never talked to Mom about. Azad is the only one to whom I will tell these things.

Footsteps. I feel a presence and steal a look from under the blanket. Azad is standing there and it is not a dream. Hands in his back pockets. I drop the blanket. Azad sees my uncovered hair. I am trembling. He has lost weight; the skin under his almond-shaped eyes seems darker.

“Sharmin!” He says my name in his deep, strong voice. “I knew you would be here! how’re you?”

I blush and clumsily smile; my entire body pulses.

“May I?” He rocks my chair, chewing a gum, his eyes fixed on the Awyar Mountain in the distance. “Exams, exams! I’m not in the mood to study whatsoever.”

I would be finishing high school in two years if I were still in school.

“I’m going to enlist in the air force next year, in Tehran.”

“Ha-ha, no, war pilot. I know you have a gorgeous neighbour,” he says before I get to say anything else, and he smiles mischievously. “Do you know which is her bedroom? Do you think she sleeps by herself?” He turns his gaze away from the neighbour’s house and looks into my shocked expression. “Shaho, our other cousin, is in love with her, too. Her beauty is fascinating,” he adds, to explain himself. I tell myself how how glad I am that he still feels close enough to me to share his secrets. He knows that I will keep them to myself. But my throat has constricted. No one else is Vengeance like I am. “Her name is Kazhal,” he says, and walks towards the edge of the roof, bending over it to peer across at the house on our right. “Rhythmical step, appealing makeup, large breasts, flat belly, big lips, God, she’s incredible, just incredible,” he says as if reciting a poem.

I’ve wanted to show him that no one has my hair.

Evening. Azad has left. “No one else is Vengeance,” I say out loud, rocking back and forth in my chair. I look at the house on the right where a new family has recently moved in. Unlike ours, it was built after the war so it does not bear the scars. This is the way the city looks: modern, chic buildings next to the old, ones with their plastered-over bullet holes, next to other left to rot.

A child’s voice in the alley calls for her mom. I hobble to the edge of the roof...
Posted by Unknown at 7:52 AM

But to first comers to the cyber chat, they may probably meet obstacles to getting
any further within the first few days of trial. It is undeniable that these women would
want to broaden their horizon. On the other hand, when you
convey a message to someone through email or online chat then you are not able to see the facial
expressions as well as the body language of the speaker.