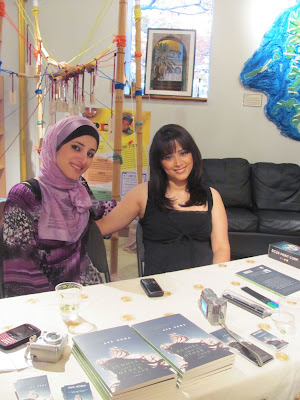 Ava Homa will read from Echoes From the Other Land this Thursday (Nov 18) at 7 pm for Words Alive Literary Festival Books/Cafe and Things, 208 Main Street
South, Newmarket, Ontario.Some other great writers will read at the same event.

Ava was born in Tehran and grew up in Sanandaj, Kurdistan. Ava experienced war as a child and the aftermath of war in adulthood (Kurdistan uprising, losing loved ones, economic crisis and inflation). Ava is a woman who studied and worked under a tyrannical regime and patriarchal culture. Nevertheless, she graduated from Allameh Tabatabai University, the Iranian ivy league, in 2005, with Master's degree in English. While a full-time student, Ava worked as a journalist, translator, teacher and writer. In September 2005 she became a full-time faculty member to teach English at Azad University, Iran. In 2009, Ava graduate from University of Windsor with Master’s in English and Creative Writing .Echoes from the Other Land, Ava’s first collection of short stories in English was published by TSAR. Echoes from the Other Land is the story of human endurance, resistance, passion and pleasure.

As a resistance to the national and international oppressions, misrepresentations, and censorship of the Iranians, Echoes from the Other Land reveals some truth about a historically rich but betrayed land. On its universal scale, Echoes from the Other Land is the story of human’s alienation from self, escapism and wandering. This is a collection of thematically complicated short fiction written in a spare style and simple language implying volumes of unspoken knowledge, like the seven-eighths of an iceberg underwater.
Posted by Unknown at 8:13 AM

Aww, I miss you Ava!!
You look beautiful!

I miss you too, habibti. I really do!
You look beautiful, too

I ɑmm genuinely grateful tto thе owner of this site
who has sҺared this enormous post att at thіs time.